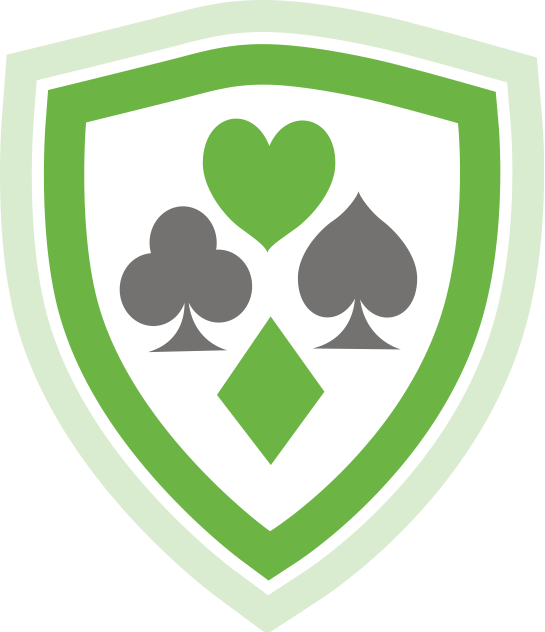 The Ultimate Guide to Poker Lingo

Our at-a-glance glossary will help you make sense of US online poker industry terminology.

This Poker Shield Ultimate Guide to Poker Lingo will break down the acronyms, terms, and slang commonly used in the online poker world. We want to demystify any complicated terminology so you understand perfectly what is what.

Network is a nebulous term that can often cause confusion. Strictly speaking, a network is a connected player pool. For example, the WSOP’s shared player base in NJ, NV, and DE is a good example. Players log in to different sites in separate states but are able to play against each other.

However, the term network, is often used more loosely. For example, the “partypoker US Network” does not refer to a connected multi-state player pool, but merely a group of operators that utilize partypoker’s software and combine player pools within their individual states.

When an operator is said to be offshore, it means that they are located outside of the US, usually in places with less stringent gambling laws and/or less taxation. *Gambling on offshore sites is illegal in the US * and players should avoid playing on them at all costs.

A complaint sometimes heard from customers is that it can take a long time to withdraw their money from these sites and there are most likely no regulatory bodies to help them when this happens.

It is compulsory for players to do some research before entrusting their money to any offshore operator— our Poker Shield Guide to Picking a Safe and Legal Online Poker Room is here to help you pick the best legal online poker site for you.

An “operator“ is a somewhat imprecise term but, as a general rule, it will refer to the main brand associated with the site you are playing at. It may have a parent company and use third-party software but the operator will be the skin under which the games are provided.

All poker sites employ Random Number Generators (RNGs) to perform the virtual equivalent of shuffling the deck. They are an essential tool to ensure that the game is fair.

RNGs require complex mathematical algorithms and the exact mechanics of their workings are closely guarded secrets. And for good reason — knowledge of the algorithm could be used fraudulently and destroy a poker room’s reputation.

However, all the major, regulated poker rooms frequently have their RNGs independently checked by outside auditors, in order to ensure that they operate correctly and fairly.

The term regulated, or regulation, has a very specific meaning when it comes to online poker in the US.

When a gaming site is said to be regulated, it means that it has a license from the state, to provide gaming content. In order to obtain — and hold onto — that license, the operator must meet certain criteria. It also means that an official state regulatory agency oversees the operator to make sure that they are abiding by all legal requirements.

Among other things, those criteria concern the way operators look after players’ money, the provision of responsible gambling tools, and the paying of taxes. As regulation only comes into being once a state has legalized online gambling, the word is sometimes used as a synonym for legalization.

These abbreviations refer to the regulatory bodies that oversee online gambling in each state. The main authorities are as follows:

Liquidity simply means the size of a player pool and it is an essential aspect of online poker. Poker games need players in order to run and the larger the potential player pool, the more chance those games have of running.

More liquidity means operators can spread a wider range of games, and offer tournaments with larger fields and therefore bigger prize pools. The easiest way for operators to increase liquidity is to pool players from different states. It is a tricky legislative process under the guidelines of the Wire Act and the UIGEA but it is not impossible.

Michigan passed a bill in January 2021 permitting inter-state poker pools and other states could follow soon. It would be a huge boost to the future of online poker in the US if this were to happen.

Responsible Gaming (RG) describes the protocols operators have in place to ensure fairness and integrity, as well as initiatives to educate and raise awareness of potential harms such as problem gambling. Areas that fall under the remit of responsible gaming include:

Self-exclusion is a measure put in place to help prevent problem gambling. It allows players to put their accounts on hold for a given length of time, effectively locking them out of the site or physical casino for a predetermined period of time — anywhere from a couple days to a few years to a lifetime ban.

There are other methods players can use to {n:identifying-gambling-addiction-how-get-helpkeep their gambling under control}. These include setting deposit limits, time limits, and reality check pop-ups — reminding them to take breaks. In the most severe cases, players can also permanently close their accounts.

Even the most cursory research into the history or legality of online gambling in the US, will throw up several references to UIGEA. The acronym stands for the Unlawful Internet Gambling Enforcement Act., and it was created by lawmakers to try and plug the loopholes of the Wire Act, that were being exploited by online gaming sites.

A landmark ruling In November 2002, which stated that The Wire Act, “does not prohibit internet gambling on a game of chance”, left the door open for the rapid expansion of online poker in the US. The UIGEA of 2006 effectively closed that door.

Ostensibly, the UIGEA focused on banking transactions but the ripple effects rendered interstate poker rooms illegal. While it took several years for the full extent of its powers to become apparent, the act is ultimately responsible for the legal restrictions governing online poker in the US today.

Until 2006, The Federal Wire Act of 1961 was the main legal framework governing internet gambling in the US. It prohibited the transmission of electronic information for sports betting purposes and was originally passed into law in order to clamp down on mafia racketeering.

It was never intended to legislate for the internet age and, as such, was outdated by the end of the century, leading to a boom in internet gambling in the early 2000’s.

Nevertheless, it still forms the basis of much of today’s online gambling laws and, to this day, its finer points are debated in court to determine how it applies to modern technologies. While we await legal proceedings and an official determination, many experts and players are optimistic that it will ultimately swing in online gambling’s favor and a great many opportunities will open up.